Our cathedral will always be the heart and soul of the Russian community in Philadelphia. 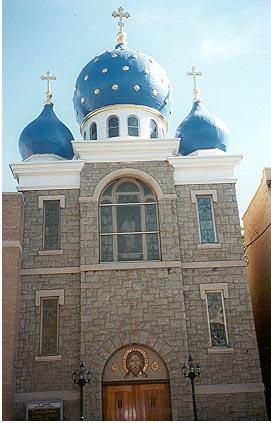 Since 1985, the Rector of the St. Andrew’s Russian Orthodox Cathedral has been Archpriest Mark Shinn.

Twice a year, our Cathedral is visited by a Vicar of the Most Holy Patriarch of Moscow and all Russia, and the Administrator of the Patriarchal Parishes in the USA.

The weekly Divine Liturgy is celebrated every Sunday from 10:00 a.m. to 12:00 noon.The Holy Day Divine Liturgies are celebrated according to the “old”, Julian calendar (e.g. Christmas is observed on January 7th>).

All of the rites of the Russian Orthodox Church are provided to the faithful.

Our Cathedral has been not only a spiritual but also a social center of the Russian community in Philadelphia:

The sacrament of Holy Confession is administered on Saturday (after the Vigil), and Sunday (before the Divine Liturgy)

One should always approach Holy Confession with penitence and peaceful thoughts.

The sacrament of Holy Communion is administered during the Divine Liturgy. We prepare for Communion by reading prayers before and after receiving the sacrament, by abstaining from all food and drink (including water) from the preceding midnight, and by going to Confession.

Communion is offered only to baptized Orthodox Christians.

Personal appearance is important for a good Christian – exterior tidiness helps to enhance one’s spiritual clearness. Men should take their hats off before entering the Cathedral; women should cover their heads with scarves. One should be dressed properly and according to one’s gender.

Needless to say that the cell phones and other sound-emitting electronic devices must be shut down upon the entrance in the cathedral. It is imperative!

St. Andrew’s Russian Orthodox Cathedral was founded in 1897. It is the oldest Orthodox Christian Church in Philadelphia, Pennsylvania.

At the end of the 19th and in the beginning of the 20th centuries, immigrants from the Russian and Austro-Hungarian Empires arrived in the United States. They founded ethnic communities throughout the country. The centers of those communities were newly-built temples of God.

Our Cathedral started as the St. Andrew’s Brotherhood that helped immigrants economically and spiritually. The Brotherhood increased and gained strength with the arrival in Philadelphia of representatives of the Russian Imperial Fleet, in 1898. At that time, a Philadelphian shipbuilding company, Cramp & Sons, received a large contract from the Russian government to build two battleships: a first rank cruiser, “Variag,” and an armor-clad, “Retvizan.”

Russian naval officers and sailors, who arrived in Philadelphia, participated actively not only in the inspection of the ships’ construction, but also in the life of the Russian community. They naturally merged with the first parishioners of our Cathedral, made generous private financial contributions, and donated beautiful sacred Icons. The Cathedral’s Royal Gates and the Altar are still decorated with Icons donated by the “Retvizan” crew.

In 1902, bishop Tikhon, the future Patriarch-Confessor of Moscow and of all Russia, consecrated our Cathedral. Fr. Alexander Hotovitsky, who was martyred during the years of Stalin’s terror, celebrated the first Divine Liturgy in our parish.

During its history, St. Andrew’s Russian Orthodox Cathedral has experienced bad and good times. There were days when the Cathedral stood almost empty, partly because the neighborhood had changed: the Russian-speaking families moved to North-East Philadelphia and Philadelphia’s suburbs. Just a few of the loyal parishioners kept the Cathedral alive.

Today our Cathedral is experiencing a renaissance period. Several generations of Orthodox Christians from Russia, former Soviet Republics, and Eastern European countries gather in it. With open hearts, they come to the Cathedral in order to unite in the great mystery of the Divine Liturgy. 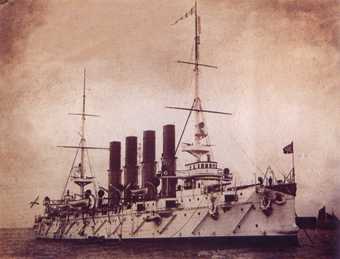